Group 99: We’re pissed off and we’re not going to take it anymore!

Group 1: And what are you going to do about it?

Group 1: Alrighty then… You’ll need some camping gear, won’t ya?  There’s a Walmart right over there than can set you up.

Group 99: Gee, thanks, you corporate bastard!  We’ll be right back!

Group 1: Oh, by the way, where are you going to store that nice big financial donation you just got?  That credit union can’t do it yet.  How about that Wells Fargo over there?

Group 99: Gee, thanks, you corporate bastard!  We’ll be right back!

Group 1: We’d like to try to help here.  Can you tell us what your central message is?  Your demands, if you will?

Group 1: Kind of a tall order, isn’t it?  That’s good though… Think big!  And so what kind of stuff are you guys doing to make changes? 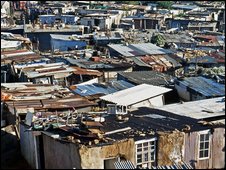 Ah, you’ve made so much progress in so much time….

“The true revolutionary is one that’s not apparent.  I mean the revolutionary that’s waving a gun out in the streets is never effective; the police just arrest him.  But the police don’t ever know about the guy that smiles and drops a little poison in their coffee.” – Lester Bowie, jazz artist