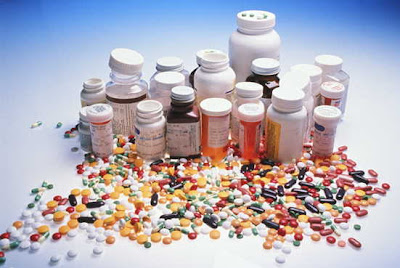 If you haven’t read the first part of this story, check it out here.  Long story short, about a month ago I started having chest pains right before a gig.  Brilliantly, I decided to go on stage anyway and find out what it was after.

I get to the ER at Sonora Regional Hospital and they take me right in and hook me up to a heart monitor which involves a bunch of those round stickers all over your chest.  Now if you’ve ever seen me with my shirt off, you know that I’m Italian.  Not the smooth shaved, fake tan Jersey Shore version of Italian.  More the Tony Soprano meets an isolated mountain hermit type Italian.

And they slap those little heart monitor stickers all over my chest and now I don’t know if I’m more worried about the heart attack or the 40 Year Old Virgin moment I’m going to have when they yank off all those stickers.

You may be thinking, why didn’t they shave you first?  Good damn question.

Then the next nurse comes in and says she has to prep me for an EKG.  I said, “Ok, I’ve already got the stickers.”  And she says, “No, those are for the heart monitor.  EKG stickers go in different places.”  So more stickers go on and at this point I look like a 1st grader’s school folder.  A unicorn, a rainbow, Justin Bieber.

Then the doctor comes in to talk to me and he asks what I was doing when I started feeling bad.  I told him I was doing a show at the casino and had just gotten off stage.  He asked what I did and I said I’m a comedian.  He says, “Wow! Cool! Hey, I’ve got a joke for you…”

Now even on our best days, a comedian’s least favorite six words in the English language are “I’ve got a joke for you.”

So they do a chest xray, blood tests, and the EKG.  And everything looks fine except the EKG, which has a weird pattern to it.  To me is just looks like bad carnival spin art.  The doctor says, “It’s probably not a heart attack but it’s hard to tell because we don’t have an EKG of your heart when you’re feeling healthy.  Have you ever had one?”

Who the hell gets and EKG when they’re feeling healthy?  Whose weekend to-do list includes getting a $700 heart exam when they don’t need it?  There’s no EKG machine at the back of Walgreens to play with while your wife is shopping.

Everyone tells me they’re almost sure it wasn’t a heart attack and I’m probably fine.  BUT… They want to keep me over night and run some more tests.  This is when I start to realize that doctors work like auto mechanics.

If you look like a noob and don’t know what they’re talking about, they wring you for every dime you have.  They’ll tell you “It looks like there’s a lesion in your spanakopita and we need to run some tests.”

“No no.  It’s a part of your pulmonary system and supports the function of your midichlorians.”

After my chest and chest hair were torn away from each other like lovers at a train station in a black and white movie, I left the hospital that night and went back to my hotel.  I felt better and wasn’t in the mood to pay for more testing I didn’t need.

A couple days later, back at home, I started having pains again.  It happened while I was walking onto a car lot and I wasn’t sure if it was the same problem or just the body’s natural fight or flight response that kicks in when faced with car salesmen.

So I went into the ER at my home hospital.  They ran all the same test and such.   The prep guy for my EKG saw me take off my shirt and said, “Whoa…”  And proceeded not to shave my chest, but only shave grooves into my chest where the stickers would go.

To which my girlfriend responded “They look like bunny ears!”

Since then I’ve spent my days scratching like a crackhead.  There’s just something about that scratching motion that makes you go, “Eh, you got a dollar?”

At both hospitals they had taken my blood pressure and it was totally normal.  Despite that, this nurse decides to give me a nitro pill, which lowers your blood pressure.  Now, when you have someone with normal blood pressure and you give them a pill that lowers their blood pressure… they’re going to pass out.  After I recovered, I felt like maybe I should present a short workshop to refresh some of their skills.

But ah… They could then charge me for the pill.

As the bill would later show, that pill I didn’t need cost me fifty bucks.  Who the hell wants to pay fifty bucks for a pill that does nothing but make you pass out?  Unless it’s Saturday night and you plan on waking up next to someone regrettable.

Again, I’m told it’s probably nothing and I just have a weird EKG pattern.  But I’m told to go to my regular doctor.  I do and she sets me up with a cardiologist.

And I’ll tell you about that adventure in our next installment….