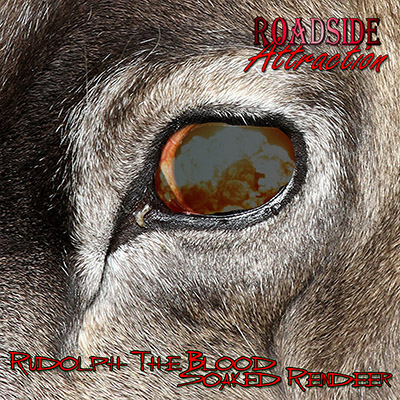 And those people doing those versions were getting paid every time it played.  I vowed that one day I would write and record some Christmas music and get some of that money for myself.

I’ve yet to do that.  But what I have done is write some Xmas songs that will never be heard in a grocery store or any other place where people might be easily offended. I usually end of with a sort of Christmas metal song of some sort.  Even though I don’t generally write in that style. There’s just something so Christmas-y about it. 😉

This year’s entry is “Rudolph the Blood Soaked Reindeer”.  Honest I was surprised nobody had really done this angle on the Rudolph story before.

Rudolph, sick of being bullied by the other reindeer, acquires firearms on the internet and prepares to make some headlines.  But, does he actually do it?  Is he an Evil Rudolph? You’ll have to listen to the song to fine out. 🙂

And if you missed some of the words, I created a lyric video.  Mostly because I can’t fathom a way to create a story based video for this song. 🙂

Share it with your friends and bring some holiday joy to people who hate Christmas music.