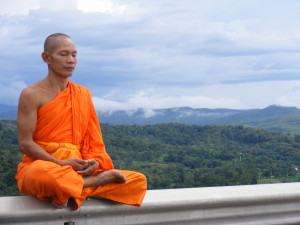 Personally, I’d be freaked out about falling off that railing.

I’m always looking for new places to put my creativity to work.  And as I’ve been listening to interviews with really successful people, one of the things they mostly have in common is some sort of daily meditation.

So I’ve been trying to maintain a meditation regimen myself.  There are lots of different kinds, but I use a phone app called Calm that’s good and free.

Not only does meditation help you stay focused and release stress, it’s also a great excuse for a nap at 9am.

So I thought, “Hey, I can probably record one of these guided meditation things too…” And below is the premiere version of my guided mediation.  I’m thinking of calling it “Sit Down and Shut Up”.

It’s only about 2 and a half minutes.  Press play on the player below and give it a listen.

Ok, so I probably won’t be getting highly paid meditation speaking engagements. 🙂  Still a comedian.

In reality, I was listening to the Calm meditation and my comedian brain kept tagging the lines with the worst possible thing you could add to them.  And it’s hard to clear your mind when you’re writing jokes at the same time.

Instead of a calm meditation, you get some laughs instead.  Science will tell you that’s just as healthy. 🙂