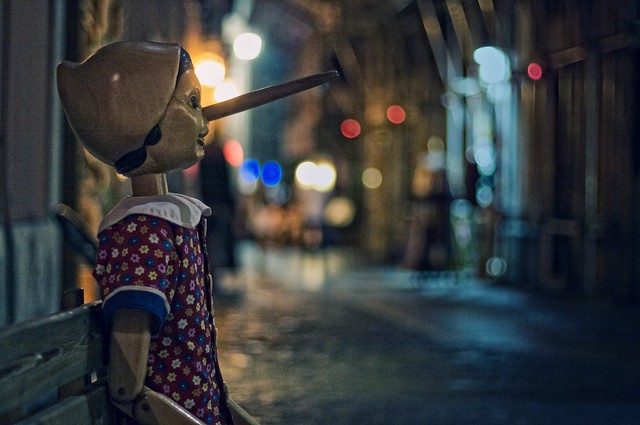 There’s a good chance you haven’t seen me on TV yet. Unless my mother has shown you that one community access show from when I was 14 where I played “The First Noel” on the flute. If her house were to catch on fire, let’s just say that’s not the object I’d rescue first.

Just recently, a friend of mine sent me a note with a casting notice for guys with long hair and women they’re close to. Mom, girlfriend, wife, whatever. I sent the casting agent a note and my picture. My girlfriend wants nothing to do with cameras or fame. Dolly Parton’s husband is her idol. Don’t know who he is? Neither does anyone else. So I called my mom and asked if she wanted to do a TV show with me. She thought it would be a fun adventure so I got the casting agent in touch with her.

Let’s see what’s really in those reality show contracts, shall we?

Now first of all, these “reality” shows always want “Regular Joe” types. The average person off the street. Regular people that everyone can identify with. That’s why they post the casting notices on something LACasting.com which, of course, is full of plumbers, contractors, engineers, housewives… No, of course not. That’s bullshit. It’s full of actors and comedians. So right from the beginning, “reality” is a sham.

During the interview process they’ll ask what you do for a living:

Me: I’m a comedian and musician.
Satan: Oh, don’t say that. We need regular people. So what do you do for a living?
Me: I’m a music teacher.
Satan: Great!

For this particular show, I was not part of the interview process at all once I’d sent my picture in. They only talked to my mom. The reason for that will become apparent.

Let me say this. TV shows like this are never about nice things. As much as they’ll play up a feel good story right before the commercial break, they really want controversy and heartbreak. The more “Jerry Springer” you can get, the better. So I knew this probably wasn’t going to be the most fun thing in the world to go through. BUT, I’d have a TV credit and a new network logo to stick on my website. So I wanted to see the process through and find out where it went.

My plan, if things went badly, was to take to social media to defend my or my mother’s honor. Whichever needed defending. And I figured I’d at least get some new material for my show out of the adventure.

My Mom and the Rapper

Long story short.. During the show, my mother was supposed to act like she hates my hair and wants me to cut it off. It was to be an “intervention” type show.  Which is totally untrue. My mom loves my hair and would hate to see me cut it.

Through repeated interviews with the casting people my mom played along saying how much she wanted me to cut my hair and tried to remember not to tell them I’m a professional performer.

The casting agents bought in and loved her. During the show she was to get some help from a celebrity who would offer me money to cut my hair. T-Pain. Yep, the rapper known for abusing Antares Auto-Tune on his vocals to the point that it became his trademark.

After his last three albums tanked, T Pain decided he needed to reinvent himself and cut off his dreadlocks. Somehow the show producers thought having both my mom and T-Pain team up on me and offer money to cut my hair would make me go through with it.

I was plotting how I could actually start a debate with T Pain and get him to stop using Auto-Tune instead. And just the thought of seeing my mom sit down with T-Pain had me figuring I’d get a new 7 minutes of standup material out that bit of surreality.

I can’t imagine they were going to offer me enough money to actually cut my hair. As a performer, it’s something that makes me stick out from all the other white dude comedians out there. People remember the way I look. People almost never remember our names.

But everyone has their price, and so do I. I calculated a number based on how long it would take my hair to grow back and how it would affect my marketing. And my hair grows reeeeeeally slow.

$500,000. That’s what they’d have to offer me to cut it. And I’d make damn sure it was given to Locks For Love. Considering that’s more than they budgeted to make the entire episode, I was pretty sure they weren’t going to offer that much. It would probably have been a couple less zeroes. $5000 max.

After some wrangling with the dates, we finally settled on one that would force me to cancel a couple of gigs. I hate cancelling gigs and have only rarely done so over the years. But hey, this was for a TV credit.

Oh, I forgot to mention. I wasn’t supposed to know any of this. They swore my mom to secrecy about all the hair cutting and celebrity stuff. Supposedly, she just got me a performance spot on the show.

Let me explain how ridiculous that notion is:
– The casting call is on a casting website full of not-regular people, but I’m supposed to be a regular person.

– I was the initial respondent to the casting call, but my mom is supposed to keep me in the dark as to what will be happening on the show.

– The premise that my mother is somehow more tapped into the entertainment industry than I am and would be responsible for getting me a spot on a show is laughable.

– Even if that were so, why would she be going with me to do the show?

– After reading the Participant Release, how stupid would I have to be to not figure out what’s going on?

Ah, yes.. The Participant Release. Pure evil and insanity. It’s sitting here on my desk, so allow me to quote verbatim…

“I acknowledge and irrevocably agree that the Programming may contain information, statements, or representations (“Information”) relating to me of a personal, private, shocking, defamatory, disparaging, embarrassing and/or unfavorable nature…”

First off, I expected that load of crap. I’m sure it appeared in the contract for every Barbara Walters interview too. We all know if a reality performer says something stupid, they’ll air it, put it in the commercial, and send their PR goons out to force it on the rest of the world as an internet meme. I can’t for the life of me decide why their lawyers felt the need for an “and/or” before that last bit. It all pretty much goes together doesn’t it?

But it goes on…

“…and that such Information may be summarized, edited, or modified in a manner that may be misleading or untrue.”

There it is, kids. In stark black and white. They will happily manipulate the footage to lie to you, the viewer. You’re being lied to. Constantly.  Under the guise of “reality”.

There’s got to be a whole class in Law School about the use of “and/or”, because they sure do seem to like that one a lot. There are four just in that last sentence.

So they basically tell you you’re signing up to be misrepresented and publicly ridiculed at their discretion. Oh, and how much were they going to pay my mother and I to be on this gem of TV history? $300. Nope, I didn’t forget any zeroes on that one. Three hundred bucks each. Whoopdy-Frickin’-Doo.

Now, as I said, I was in this for the credit. The money wasn’t even a concern. But geez, Satan gives out better contracts if you just want to sell your soul. He would come through with the fame and fortune. Not to mention, his contracts probably are less “and/or” heavy.

But I thought… Ok, so they either make me or my mom look like an ass on TV. No problem. I take the internet after and drum up my own press on what they put us through and what a giant steaming load of fakery the whole thing is. Except…

“I agree not to disclose, in perpetuity, or until publicly known, to any third party any information to which I have, have had, or will have access to concerning the programming… I will not…publicize, advertise, or promote my appearance on the Programming… All contact with the media regarding the Programming or my participation must be sanctioned by the press officer of Company in connection with Programming…”

I paraphrased a little there just to keep you from getting a headache. It was just more “and/or” and “have, have had, or will have”. Lawyers must have been killer at conjugating verbs in English class.

Perfectly ok for them to toss my reputation in the shredder, but god forbid anyone do it to them. Maybe I’ll give them $300 for the privilege of doing so and we’ll call it even.

And that was the final straw. If I can’t even talk about my experiences without the threat of a lawsuit, when they seem bent on making me look like an idiot. Well, I’d have to be an idiot to sign that, wouldn’t I? And yet I know people sign these every day. Unbelievable. You have to be pretty desperate for the limelight to agree to those terms.

Oh, and keep in mind, even after reading and signing that release, I was still supposed to be in the dark as to what the show was really about. If I’m just going on a show to play some music, why would there be a clause saying they reserve the right to make me look like an asshole? And I’m covering my ass a little by not telling you the name of the show.  But the name of the show made it painfully obvious that I would be there just to play some guitar.

Exactly how dumb or desperate do they think I am? Or do they really just know that the whole thing is a sham and they’re making money lying to the public? Ah yes. That must be it. Because how could they be that stupid to think we haven’t figure it out?

So I told my mom I wasn’t comfortable doing the show. She heartily agreed with me and sent them a very professional sounding email saying that we were bowing out. Which is good because my email would have ended with “Kiss my ass and/or Go fuck yourself.”

So I may not be on TV yet, but I’m sure I’ll find a lot more integrity in doing a half hour of standup for $100 in Red Bluff, CA instead that night.

Oh, and since I never signed the contract…. I can talk about it all I want!  🙂