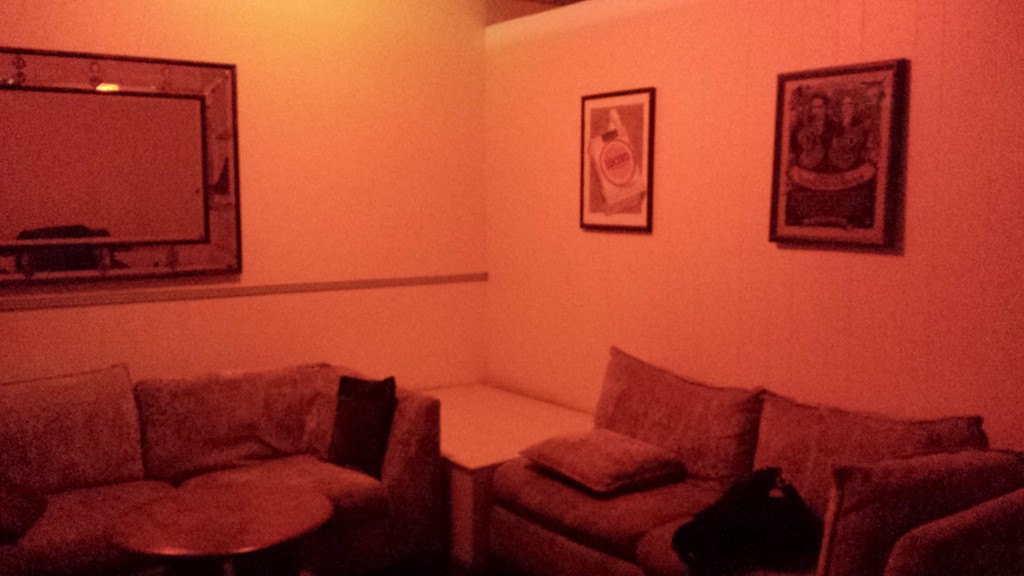 Last night I was donning the red shirt in one the most prestigious venues I’ve played yet.  The Great American Music Hall in San Francisco, CA.  The event was for Rise Above Abuse and had a fantastic turnout.

The GAMH originally opened in 1907 as Blanco’s. In 1936 it became The Music Box. After WWII the place went into a long decline before being resurrected in 1972 under its current name.  Rolling Stone named it the 6th best rock club in the USA.

So yeah, I was pretty stoked to be playing there. 🙂  You can see the dressing rooms are a heck of lot nicer than the bathroom stalls I often find myself in.  I shared the room with the awesome Monica Marquis Band.

The show itself was interesting. Cocktail hour started at 5 with Monica’s band providing ambience. The show began at 7 and I was on at 7:30.  So a good chunk of the crowd had been drinking since 5.  And only half the crowd was seated. The rest was standing room.  So they were pretty chatty.  With an audience like that, the comedian’s mantra is “just keep talking.”  Don’t stop, don’t breathe. Just keep talking.  No time for subtle or thoughtful comedy.

The Unauthorized Rolling Stones at soundcheck before the show.

It was a pretty mixed audience, skewing towards the older crowd that could afford the $250 VIP table tickets.  So I knew I needed to work fairly clean.  But the I had to push a little bit to keep the younger part of the crowd engaged too.  I’m sure some people felt I went to far with a couple things.  But for the most part it went well. 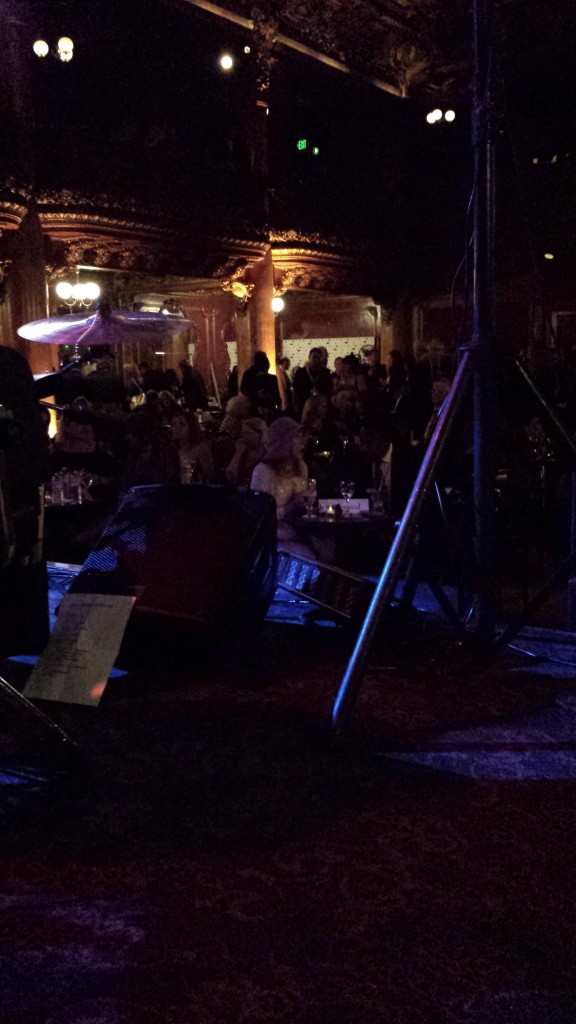 A view from backstage a little bit before I hit the stage.

I got a ton of nice comments afterward from people who probably didn’t remember the show the next morning.  This show definitely set a record for me being kissed on the cheeks by drunken old ladies and gay dudes.

I try to be nice to everyone though.  I’ve had opportunities pop up in strange places and this was a room full of opportunities.

The night was closed out by The Unauthorized Rolling Stones tribute band.  Frankly, they sounded a lot better than the real thing these days.  I missed the 2nd guitar interplay, as they only had one guitar.  But they were tight and definitely hit all the Stones high points.  Can’t miss with an act like that. 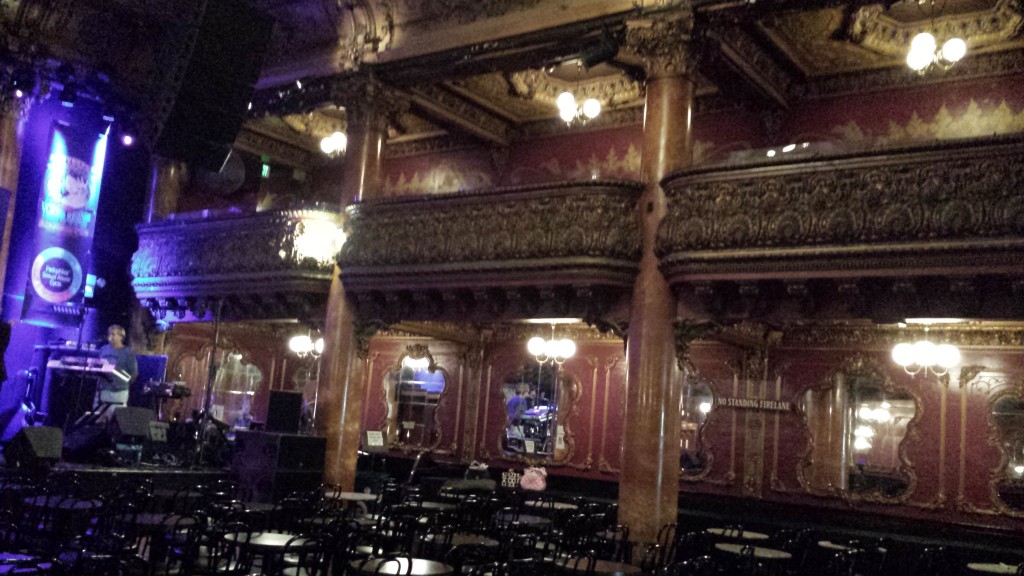 The balconies at GAMH – Nice, eh?

Overall it was a really interesting, memorable night.  And we raised a lot of money for RISE.  So I was happy to be a part of it.

Some nights it isn’t about the comedy. 🙂