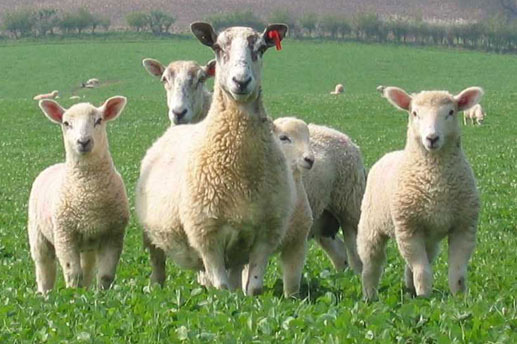 Alert sheep... Yep, I can't tell the difference either.

There are two stories about who discovered the coffee bean and its effects.  The first I learned this past weekend at an exhibit about early technology in the Islamic world.

In the 9th century, an Ethiopian goat and sheep herder ( ya herd?) named Kaldi discovered that when his animals ate the beans they were more alert and awake.  My question is, what the heck does a “more awake” sheep look like?  And if it can’t sleep, what does it count?

The other story attributes the discovery to Sheik Omar who was exiled from Mocha (coincidence?  I think not…) to a desert cave near Ousab.  After trying to eat some crappy, bitter berries he tried to roast them to improve the flavor, discovered that it made them too hard, and so boiled them.  He ended up with a brown liquid that probably tasted great to a guy living in a cave with nothing to eat and a lot of time on his hands.

He found that it revitalized him and he lived on it for days at a time.  He managed to get word of his new “miracle drug” back to Mocha (after his first cup of the morning, of course).  They asked him to come back and made him a saint.  Yep, Saint Omar of Coffee.

I assume the people of Mocha immediately went into the next room after the saint-ing ceremony and said, “You know this stuff tastes like crap.  Try adding some milk and chocolate to it.”

Coffee spread from Ethiopia, into Yemen and the rest of the Middle East, then cracked Europe with its entrance into Italy. Pope Clement VIII proclaimed it a Christian beverage.  I guess that’s like “Today’s Christianity is brought to you by Maxwell House, official coffee sponsor of the Vatican”.  Can you say kick backs?

And really, the Mormons would probably have something to say about that official “Christian beverage” proclamation.  Actually, Joseph Smith wrote “Hot drinks are not for the belly.”  That’s right, screw you too hot cocoa.

The first European coffee house opened in Italy opened in 1645.  It featured an open mic where one guy showed up to strum 16 bars of a G chord before finally getting to the lyric.  The first patron of the coffee shop is actually still there, nursing his damn espresso.

During the 16th-19th centuries, British seamen would make substitute coffee by dissolving burnt bread in hot water.  Thereby cementing the repuation of British cuisine the world over.

I’m going to go have a Coke.