I won’t lie. I’d love to be made into an action figure. They always make the abs way better looking than in real life. I’ll take plastic abs.

But there have been quite a few action figures over the years that we just didn’t need.  Such as.. 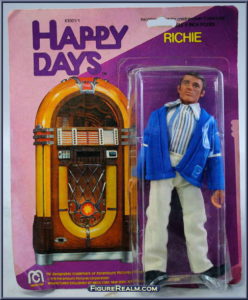 I loved Happy Days as much as the next kid. But I’m not quite sure what you’d do with the Richie Cunningham figure.  I guess just make it drink milkshakes and say, “Gee, Fonz” over and over again.  Ron Howard wishes he had that hair.

Once again, the fake hair looks way better than the real stuff.  The Donald Trump figure talks.  Of course it does.  And I’m sure it blames the Mexicans.  I’m also sure this was probably manufactured in China and not by great American workers.

Now that I think of it, this doll would probably do a better job as president than the real Trump.

Can’t afford a therapist?  Tired of your current therapist interrupting your crying sessions with stupid questions about your mother?  The Sigmund Freud action figure will be your new best friend.  Comes with a cigar that’s just a cigar.  Or is it? 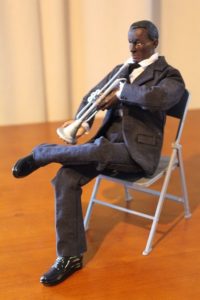 An electrifying musician who rarely spoke and played with his back to the audience.  You too can go on an adventure with Miles Davis through the seediest parts of the jazz world.  Though it will mostly consist of Miles disliking people.

Incidentally the guy that created this one did a great job.  Really, who takes the time to sculpt a tiny folding chair?

Ok, I take it back.  EVERYONE needs a Danny Trejo as Machete action figure.  This should be the one you give your newborn infant while they’re still in swaddling.

The only less actiony MASH character might be Father Mulcahey.  He only has the super power of worrying.

There really aren’t a lot of action figures based on nervous Jews that marry their adopted daughters.

This one comes with a video.

The latest Han Solo figure might have a bad back or something though.  But he won’t attack Russia.

Fun fact: Millard Fillmore was the last president to be neither a Republican nor Democrat.  He was a Whig.  As opposed to Donald Trump, who is a Wig.

Mom: What are you playing, honey?

Sure there are lots of figures of horror movie characters.  But the Ring girl?  Hell no.  I don’t want that anywhere near my house.  Not until she learns how to brush the hair out of her face.

Pretty sure I bought a DVD player after watching that movie so I’d never have to insert a VHS again.